A birthday party held on the Southern plantation owned by Big Daddy — played by David Mycoff — yields much drama. Maggie (Shari Azar) is feeling tortured by her husband Brick’s inability to be intimate. She is ready for a baby, but Brick (Robert Dale Walker) — battling depression over his best friend Skipper’s death — is drowning himself in liquor to attain peace. Things reach a boiling point when the suspicion of Brick’s and Skipper’s true relationship, and the report of Big Daddy’s failing health, are revealed.

This is the setting for Tennessee Williams’ classic play, Cat on a Hot Tin Roof, onstag 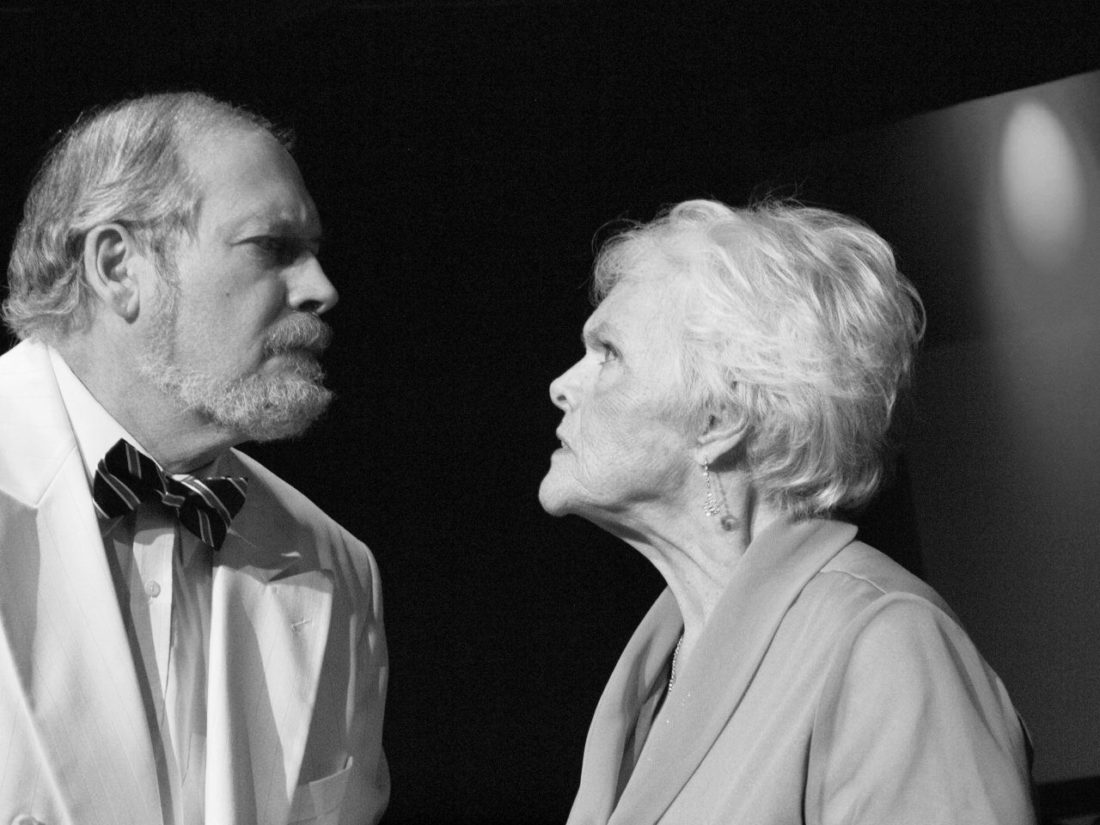 At the time the play was written, Williams pushed the boundaries of theater with controversial homosexual subject matter. Still, Cat on a Hot Tin Roof won the Pulitzer Prize for Drama in 1955. The discomfort still works if we’re engrossed in the setting and time period. In the Hendersonville production, when the word “queer” is uttered, a shudder races through the audience, proving the play’s relevance. However, throughout the three acts, the tension present at the top of the show gradually disintegrates.

Overall, the actors bring their best to the stage. Azar and Walker have a very clear passion for this play and they work well together. A disconnect infiltrates their woeful characters.

EXCHANGES for the same play only may be made if done at least 3 hours before the performance.  Click HEREto make an exchange